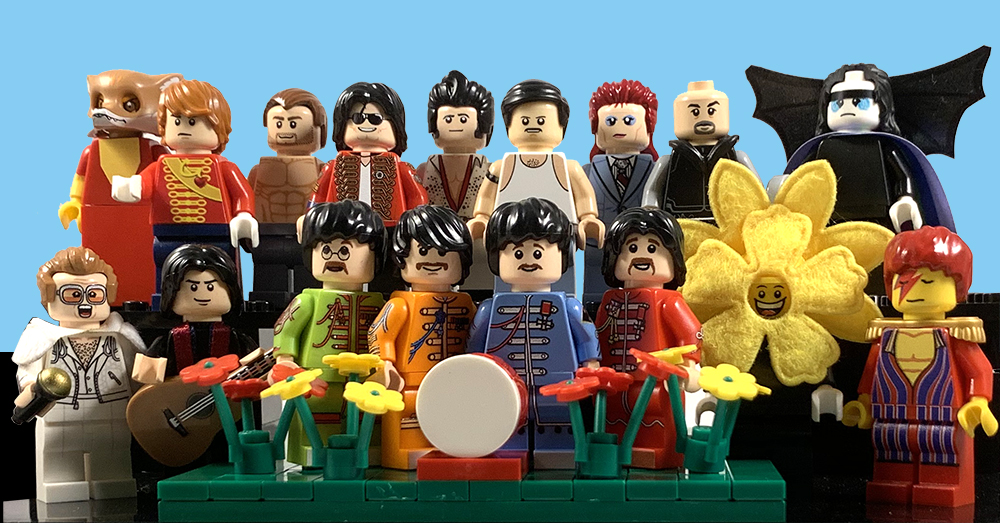 Lego have teamed up with movies and TV shows, plus have their own line of themed sets, but what about music?

There are a number of general pop, rock music themed sets and minifigures. However there are not many actual rock and pop icons that have been immortalised in Lego (officially that is).

Top of the list is the new Beatles Yellow Submarine set. Take a surreal trip under the seas in the LEGO® version of the Yellow Submarine from the iconic 1968 animated musical fantasy film inspired by The Beatles. The set consists of over 550 LEGO bricks including the 4 minifigures representing John, Paul, George and Ringo. There were a few virtual Lego Rock stars within the Lego Rock Band video game. These included: David Bowie and Queen Unfortunately they were not made into official physical minifigures. This Custom Minifigure will be Moon Walking its way to the forefront of your Minifigure collection. 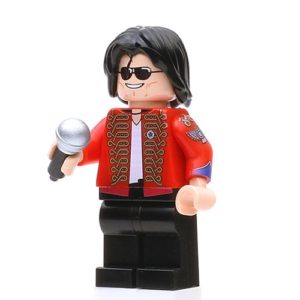 One of the most celebrated and easily recognisable celebrities from the early 60’s.

Freddie Mercury knew how to capture an audience with his catchy tunes and impeccable vocals.

With his flair for fashion and visual presentation, there will be a new hero to root for. With his really outrageous outfits and flamboyant performances, you won’t regret letting him join your collection. These custom minifigures are available at minifigs.me

Get the Rolling Stones recreated as LEGO minifigs!

To say “thank you for the music” to these wonderful musicians. Here they are in their iconic Eurovision outfits, looking sharp for your LEGO minifigure collection. Clearly it’s important to have all the Kiss merchandise that has ever existed. The Beatles – these crazy guys deserve to be immortalised in little plastic people, don’t you think? The master of disguise: Peter Gabriel’s mind-blowing masks, and costumes from the 70’s. It’s nearly impossible to not admire Gabriel’s pioneering weirdness, and chameleon-like ability to look like anyone but himself.

Complete with receding hairline, tambourine and sweatbands, what more could you ask for.