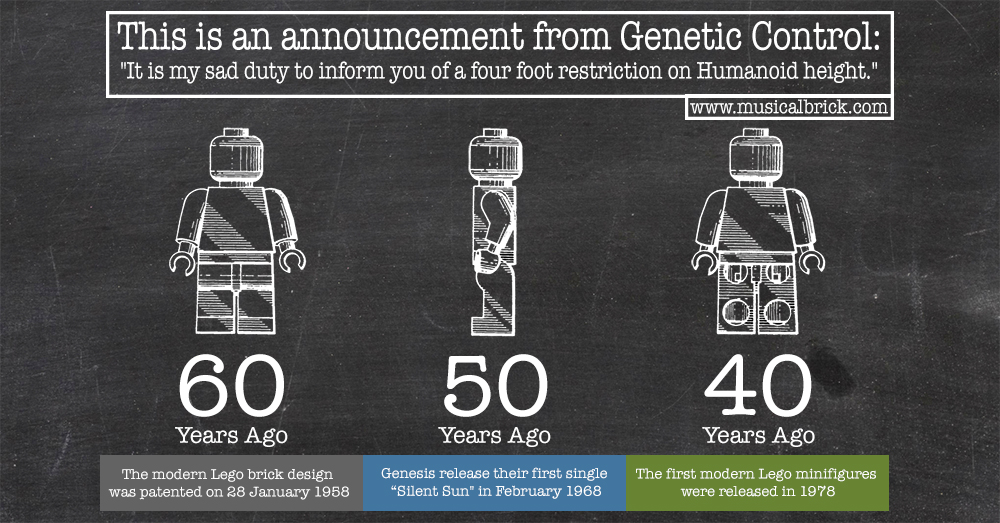 As the Musical Brick combines Lego and Genesis, here’s an interesting observation: 2018 is an anniversary year for both entities.

On January 28 1958, the original patent for Lego the bricks was signed. Since then, the Danish construction toy has exploded to become a global brand. In fact the first ever bricks to be made in the 1950s will still snap perfectly into the newest ones made today. The name Lego was conceived from the Danish words ‘Leg Godt’, meaning ‘play well’.

Genesis released “The Silent Sun” as their first single, with “That’s Me” on the B-side, in February 1968.

The first modern mini-figures were released in 1978, included in Castle, Space, and Town sets. For the next 11 years, mini-figure heads were produced with a simple facial expression, rendered as two solid black dots for eyes and a smile, also painted in solid black.