5 Definitive Live Versions of The Waiting Room by Genesis

Home5 Definitive Live Versions of The Waiting Room by Genesis 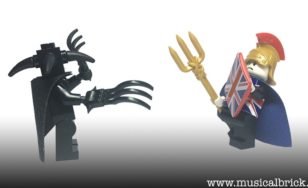 He panics, feels around for a stone and hurls it at the brightest point.
The sound of breaking glass echoes around the cave.
As his vision is restored he catches sight of two golden gloves
about one foot in diameter hovering away down the tunnel.
When they disappear a resounding crack sears across the roof, and it collapses all around him.
Our hero is trapped once again.

“This is it” he thinks, failing to move any of the fallen rocks

This song was never played the same at any venue. Later on in the tour the jam started to get longer. The one constant in every version is Phil blowing that whistle to signal a change in the beat.

Tony Banks: “The best jam we had in the rehearsal room ended up being called “The Waiting Room”, which we called “The Evil Jam”. We switched off all the lights and just made noises. And the first time it really was frightening.”

The best quality recording of The Waiting Room that exists.

Features a tiny snippet of Dancing With the Moonlit Knight at 1.09min.