A Beginners Guide to Genesis 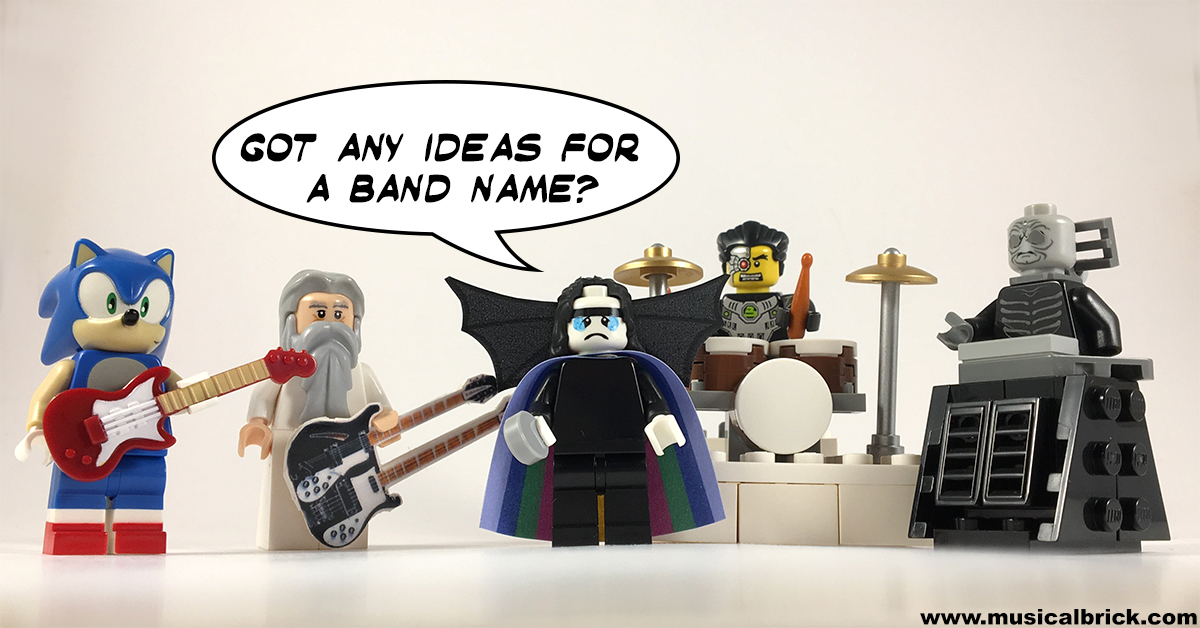 Original published on Cracked.com in July 2010 (http://www.cracked.com/funny-5797-genesis/) and written by Mike Zed. This tongue-in-cheek article is no longer available on cracked.

Apparently, for some reason, when it comes to information on Phil Collins and everything musically related, Cracked abruptly turns into a vehement 4Chan doppelganger. So, here’s your Genesis article. Hate mail welcome. You probably know and heard Peter Gabriel, Phil Collins, Mike Rutherford (of Mike + The Mechanics), Tony Banks and Steve Hackett. No, wait, you don’t know Tony Banks, but you are bound to have noticed those fancy Genesis’ keyboard riffs. You may have also never heard of Steve Hackett, but that’s alright, he is just some ordinary guitar player, except not… he was talented as hell, but you don’t need to know him, since he was replaced by Mike Rutherford’s run of the mill skills in 1978. There was also Peter Gabriel on flute and lead vocals (rarely at the same time), and Phil Collins on drums. I know what you’re thinking: “But I thought he’d been their lead vocal player”. Nah, he started drumming for the band in the early seventies and it soon occurred, he’s one of the best drummers ever, ever. Ever. That’s a lot of best musicians, but that only comes to show, that pop kills music to death.

In 1969, music sounding like a crossover of Beatles, Bee Gees and pastoral tunes was top of the pops. The band’s first albums sounded like that (the second album was, in addition, very pretentious). Also the bandmates had awful problems with choosing a not-yet-taken name, switching from ‘Genesis’ to ‘Revelation’, then to ‘Genesis’ again (hence the title of the debut album). The black sleeve of From Genesis to Revelation with nothing more than the title written on it, left the salespeople in record stores completely clueless, so they put the record right, where they thought it belonged. In the religious section.

It wasn’t until Nursery Cryme, when they really took off. Hackett and Collins supplied the group with outstanding musicianship and then came songs about killing your little brother with a mallet, hermaphrodites, suicidal cannibals, killer hogweed, and genetically enhanced midgets. There is sound evidence, that musicians back then were literally bathing in LSD by the time they had finished their morning tea (they’re British, they have priorities). Along with creating satanic sperm crack-induced songs, Peter Gabriel sported an ‘inverted punk’ hairstyle and outfits that put Elton John to shame, making him look like an example of modesty alongside Gandhi and Mother Teresa. Musically, Genesis’ performances were all about lengthy soloing, instrumentals and tanker-sized doses of pretentiousness. The only reason why Hackett didn’t use a quadruple-neck guitar is that he wouldn’t have lifted that shit an inch above the ground. The peak of that period was Selling England by the Pound. The amounts of ‘epic’ this album contained, could effortlessly fuel a small Viking army or six Spartans. This is the very epitome of epic.

The Lamb Lies Down on Broadway was the last album with Peter Gabriel, the primary concept being to remake the story of The Little Prince. But since that was sheer pussy and didn’t contain the sufficient amounts of dong amputation (or dongputation for short), the band stuck to the other concept about a Portorican trapped in a NYC-Neverland phantasmagorical enterprise (for some reason apparently ran by Cthulhu and Stephen King’s nightmares) and searching for his brother. The protagonist, Rael made his way through a factory producing people, a dialogue with his prickly porcupine (yes, it is, what it sounds like and is, in fact, homoerotically gay), shaving his own heart, eating corpses of rapist Lamias and befriending a colony of Slippermen.

The Slipperman (aka Peter Gabriel with inflatable genitalia), a creature addicted to sex as long as you don’t cut it’s dick off; also: the average Cracked reader.

Finally, Rael saves his brother and they live happily ever after. Oh, no, they don’t. Rael merges with his brother, turning into a violet, glowing ‘it’ – a universal homonym for chicken, eggs, penis, Purple Haze, cocoon, jigsaw and a series of other things I am too disgusted to enumerate. Seriously, fuck, what kind of ending is this? Eventually, Genesis emerged from live performances of the aforementioned with a severe case of mindfuck and a debt of over $40,000.

Soon thereafter Peter Gabriel left the band and the bandmates started looking for a replacement. After a hilariously unsuccessful American Idol-like casting (with over 400 candidates), the band decided to follow the obvious solution and chose their backing vocalist and drummer [Phil Collins] for the role of their frontman. Yet, since singing and drumming at the same time is pretty darn hard, something had to be done in terms of live performances, so the band made another casting for a support drummer. No, wait – they freaking did the same casting all over again and tried to find a singer for gigs. After realizing, that what they were doing was crazy bananas, the band simply hired a good drummer.

This didn’t effect in a great change of style, not just yet. Though Collins’ singing manner differed a bit, since Gabriel is a baritone, and Phil is a counter-tenor (which means “utterly dickmouthed” in music-language), Genesis’ next three albums continued the themes similar to the ones developed by Peter Gabriel, but in an entirely pussy-esque manner. To mention a few: chasing a giant mouse, flying over a desert, friendly dragons. C’mon, what is this? Half past queer Pussyland express to Cocktown? Where are the dongputations? The music was pretty decent, though. Until Hackett left the band in 1977, claiming his participation in songwriting wasn’t mathematically equal. This and his inhumane guitar skills make us suspect, he is one of those cyber-android robot guitarists from the future-past dimension. Either that or he’s a complete douche. And since the natural logic of music is to contrast good musicianship with shitty musicianship, the trio agreed on hiring Super Mario for guitar duties.

At that time they produced their first hit single Follow You, Follow Me – an earnest of what was to come. Since it really isn’t so easy to produce a pop-spawning monstrosity out of a really talented band, Genesis’ agreed on killing their ambitions one album at a time, and still managed (probably accidentally) to produce a few upbeat exceptions in the course of their pop career.

Take for instance Turn It on Again a rocker with no chorus and in 13/4 time. If those numbers don’t ring a bell: the ’13’ means how many beats it takes to play an accented notes, the ‘four’ is the length of the notes. Since all of the world’s music is either in 4/4 or 3/4 time Turn it on Again looks like a .44 Magnum in a shop full of BB guns. Another good example of Genesis not losing their balls is ABACAB, the song’s title isn’t just a random set of letters A to C. That’s a song structure. To be more precise, that’s every song ever’s verse – chorus – verse – bridge – verse – chorus structure. That’s like naming your little boy “head-arms-corpse-legs” for no particular reason. Coincidentally, ABACAB doesn’t really go ABACAB, it goes more like ACCAABBAAC, but that name wouldn’t sell so well on the radio.

There were also a few other examples of ballsy songwriting, but let’s not get too cocky, shall we? The bulk of Genesis’ new albums was pop and lots of Phil Collins. But, he still managed to play drums like hell, didn’t he? Actually no. See, ironically, he’s responsible for introducing drum machines into music, and when Collins, Rutherford and Banks first used a Japanese drum machine on their 1980 album Duke, they kept it on, until the end of their career. But what about Banks’ uber-piano skills? Well, apparently he underwent some kind of reverse evolution, and his soloing just kept on slowing down and increasing in the amount of ‘fuck off, I’m too popular to be ambitious’. But, what about Rutherford’s… ah, forget it.

The trio decided enough damage was done to music and our ears in the early nineties, and with the release of their last album (with Phil Collins) We Can’t Dance, an era had ended.

The Ray Wilson (seriously, this is a very bad joke) Era

Banks and Rutherford noticed that, somehow, bands in the 1990’s were more efficient at slaughtering music than good old Genesis. In order to put a stop to this, they joined forces with Ray Wilson just to release Calling All Stations and convince the whole world, that Phil Collins wasn’t that bad a musician. Humanity is yet to discover a word for the mindache that comes with listening to this album. Seriously, Sussudio is an ambitious piece of well-written music in comparison to the donkey vomit that is Congo. Are you done yet?