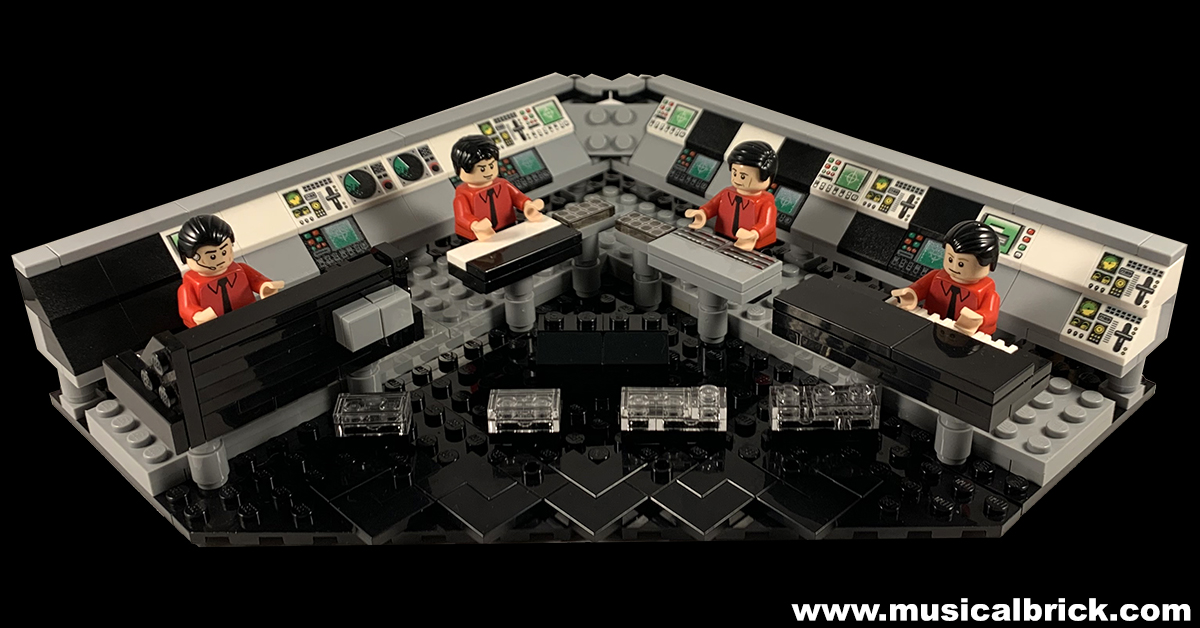 In May 1981 Kraftwerk released Computer World. It was recorded at Kling Klang Studio between 1978 and 1981. Much of this time was spent modifying the studio to make it portable so the band could take it on tour.

As part of their ‘Computer World’ tour, Kraftwerk would take their Kling Klang studio on the road. They also made greater use of live visuals including back-projected slides and films synchronized with the music as the technology developed, the use of hand-held miniaturized instruments during the set (for example, during “Pocket Calculator”), and, perhaps most famously, the use of replica mannequins of themselves to perform on stage during the song “The Robots”. “We don’t regard ourselves just as musicians but as Musik-Arbeiter (musical workers), and we designed and built up our complete portable studio set that includes the stage backdrops, curtains, lighting, frames, staging and stereo PA system as well as the instrument equipment stands. Multi-wired cable looms are used for quick dismantling of each section of the movable instrument frames. The players stand on metal box staging that hides the mass of wiring. Fortunately, we are all about the same stature, so each of the four players sections of the instrument gear is built to be suitable for any of us. All the instrument racks are standard 19″ width and pack away into cases for transit.”
(Ralf Hütter. Electronics & Music Maker SEPTEMBER 1981 – by Mike Beecher) “The physical layout of the equipment, besides being functional, was to imply the idea of the ‘man-machine’ which we’ve always talked about – that the music does not become dominated by one or the other. For example, some people perform with their musical machines built up high around them in an impressive way – we prefer the low profile image, bringing man and machine together in a ‘friendly partnership’ of musical creation.”
(Ralf Hütter. Electronics & Music Maker SEPTEMBER 1981 – by Mike Beecher) Interview snippets taken from this interview from 1981 by Mike Beecher