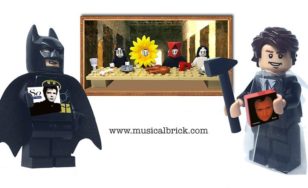 A very creative re-write of the Patrick Bateman (played by Christian Bale) Genesis monologue from the movie American Psycho. Unfortunately I can’t find an author for this re-write.

Please enjoy! But don’t take it too seriously 🙂

Do you like Peter Gabriel? I’ve been a big Genesis fan right up until the release of their 1980 album, Duke. After that, I really didn’t understand any of their work. Too simple, too commercial. It was on Nursery Cryme where Peter Gabriel’s presence became more apparent. I think Selling England By the Pound was the group’s undisputed masterpiece. It’s an epic anthem of the British people. At the same time, it deepens and enriches the meaning of the preceding three albums. Listen to the brilliant ensemble playing of Gabriel, Banks, Collins, Hackett and Rutherford. You can practically hear every nuance of every instrument. In terms of lyrical craftsmanship, the sheer songwriting, this album hits a new peak of professionalism. Take the lyrics to The Battle of Epping Forest. In this song, Peter Gabriel addresses the problems of violence, abuse of power, decadence and leaders uncaring of their people. I Know What I Like is the most moving pop song of the 1970s, about contented lack of ambition. The song is extremely uplifting. Their lyrics are as positive and affirmative as anything I’ve heard in rock.Peter Gabriel’s solo career seems to be more commercial and therefore more satisfying, in a narrower way. Especially songs like Sledgehammer and Steam. But I also think Peter Gabriel works best within the confines of the group, than as a solo artist, and I stress the word artist.

This is Supper’s Ready, a great, great song, a personal favourite.