Genesis and the Simpsons 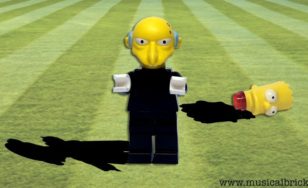 Genesis had a mention on the Simpsons episode “Covercraft.” After a band’s lead singer left:

Homer: You know what? Apu leaving is the best thing that ever happened to this band. We’re gonna be like Genesis after Peter Gabriel left.
Bart: You mean more popular but not as good?
Homer: Phil Collins-era Genesis is not as good, huh? “No Reply at All,” “Land of Confusion,” “Throwing it All Away,” “Illegal Alien,” “I Can’t Dance,” and I’m sure I don’t need to mention “Invisible Touch”!

Watch the clip below:

From the TV show ‘How I Met Your Mother’