Genesis the Black Show in Lego

HomeGenesis the Black Show in Lego 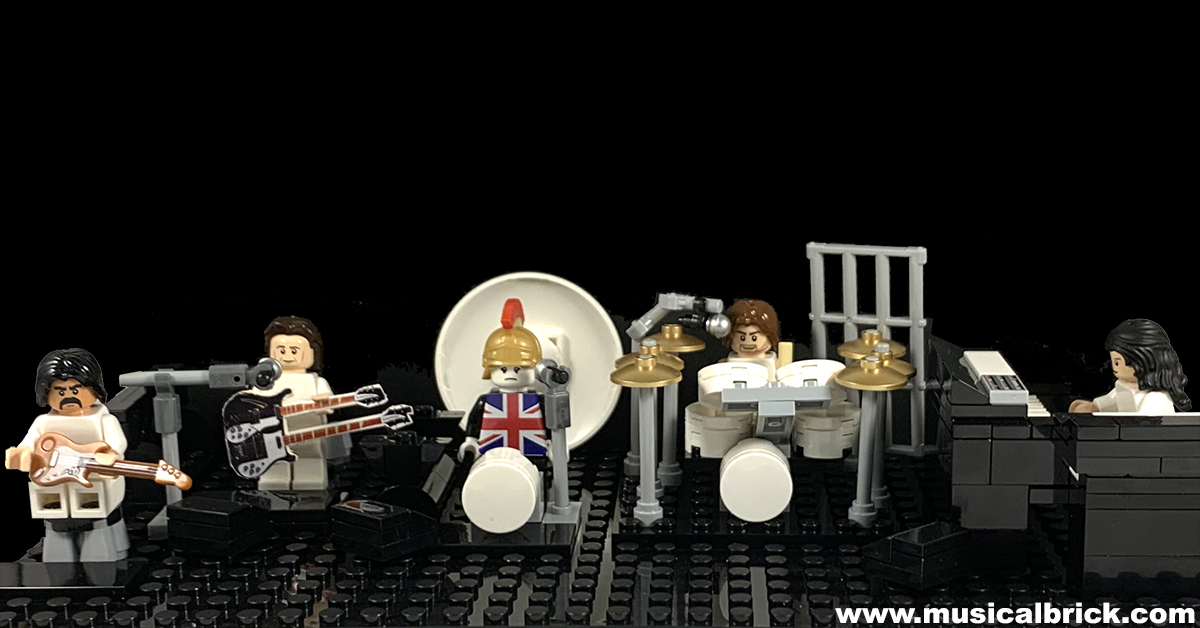 Genesis started their “Selling England by the Pound” tour in September 1973 in Europe , going to USA/Canada at the end of the year and returning to Europe for some more shows from January to mid February 1974. Today these performances are known as the “white shows”.

However, from March to May 1974 Genesis returned once again to USA/Canada and this time they radically changed the stage sets: The famous “hour glass” shaped props were replaced by black curtains, leaving space for two circular projection screens, and all instruments and accessories were painted black. There were also some modifications to the masks and slides. The performance became technically a bit less complex, but the extreme lights allowed for highly dramatic appearances and disappearances of Peter Gabriel, and the show created a very different mood and feeling to the songs.

Genesis never performed the “black show” in Europe , and there are only few pictures in existence. Musical Box – The Black Show/Selling England By The Pound – November 2, 2017