Giant Hogweed is Turning Everyone Into Slippermen 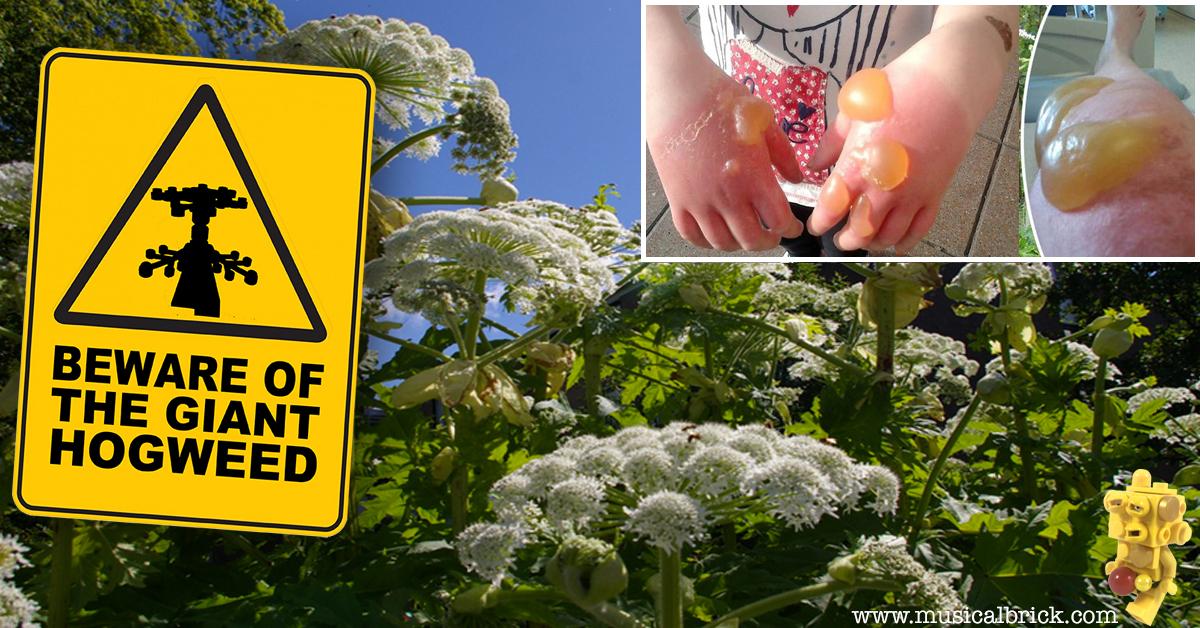 ‘It is, without a shadow of a doubt, the most dangerous plant in Britain.” “Nothing can stop them, around every river and canal their power is growing.”

The release went on to say they were now also thriving in urban areas and cities away from water, which “until recently” were “unaffected by its spread.”

But in the next verse Gabriel appears to predict the current problem as he roars: “Stamp them out! We must destroy them, they infiltrate each city with their thick dark warning odour.”

The song also warned of the difficulty ridding the country of the invasive weed which can grow a triffid-sized five metres tall, and our inability to develop a defence to its spread.

The chorus sounds: “They are invincible, They seem immune to all our herbicidal battering.”

Genesis – The Return Of The Giant Hogweed Lyrics

Turn and run!
Nothing can stop them,
Around every river and canal their power is growing.
Stamp them out!
We must destroy them,
They infiltrate each city with their thick dark warning odour.
They are invincible,
They seem immune to all our herbicidal battering.
Long ago in the Russian hills,
A Victorian explorer found the regal Hogweed by a marsh,
He captured it and brought it home.
Botanical creature stirs, seeking revenge.
Royal beast did not forget.
He came home to London,
And made a present of the Hogweed to the Royal Gardens at Kew.
Waste no time!
They are approaching.
Hurry now, we must protect ourselves and find some shelter
Strike by night!
They are defenceless.
They all need the sun to photosensitize their venom.
Still they’re invincible,
Still they’re immune to all our herbicidal battering.
Fashionable country gentlemen had some cultivated wild gardens,
In which they innocently planted the Giant Hogweed throughout the land.
Botanical creature stirs, seeking revenge.
Royal beast did not forget.
Soon they escaped, spreading their seed,
Preparing for an onslaught, threatening the human race.
Mighty Hogweed is avenged.
Human bodies soon will know our anger.
Kill them with your Hogweed hairs
HERACLEUM MANTEGAZZIANI