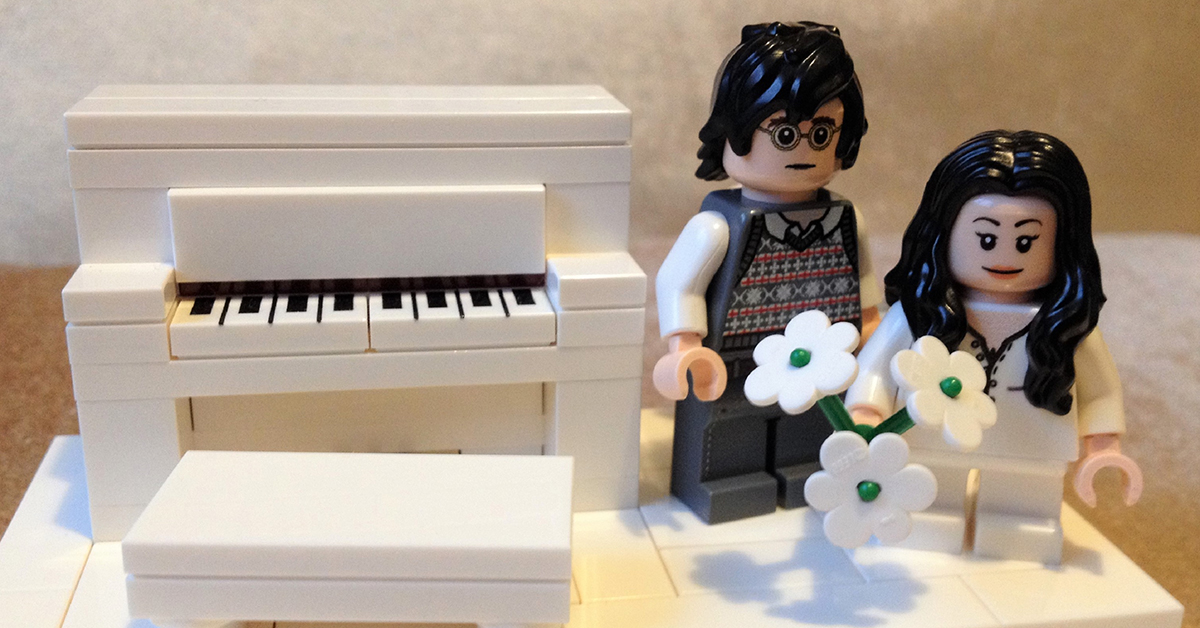 ‘Imagine’ was inspired by several different photographs of John & Yoko inside their Tittenhurst Park home. I wanted to feature the couple in another mini-set, but it needed to be sufficiently different to make the project worthwhile. In the photos John was wearing a sleeveless Fair Isle jumper and those images gave me a starting point. Minifigs.me designed a simplified version of John’s jumper, although weeks later this was still the only part I had acquired. To stay true to the photographs the mini-set had to be made from white Lego pieces wherever possible. The Hey Jude piano was not suitable for Imagine and a grand piano was too large for the small intimate scene I had in mind. Steinway’s white upright piano, from their ‘Imagine’ range, seemed ideal and the piano you see is based on that model. I had a few ideas for props, most used before and all rejected. Finding the vinyl record would work, providing there was a record player to go with it. There wasn’t, but assembling some unlikely parts resulted in my version of a 1960’s Dansette, complete with revolving turntable. In addition to John’s jumper Minifigs.me also designed Yoko’s blouse and John’s head. John’s jeans and the piano keys were supplied by Firestartoys.com and standard Lego parts completed the build.