Concert Footage of ‘In The Cage Medley’ from Wembley Stadium 1987

HomeConcert Footage of ‘In The Cage Medley’ from Wembley Stadium 1987 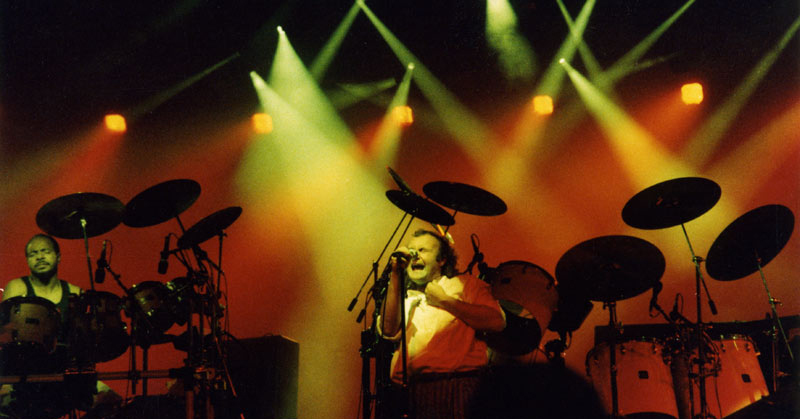 Why was the ‘In the Cage Medley’ left off the Invisible Touch Tour DVD?

Tony Banks explained during the production of the DVD that the decision was made before the concerts not to even film this section of the show. The High-Definition tapes that were used to film the show could only hold a certain amount and therefore needed changing at some point during the concert. The tapes ran a maximum of 90 minutes and changing them was not a 10 second job. It took 3 professional analogue tape recorders, each the size of a domestic washing machine using open reel tape to record the signal.

Before the shows took place, it was agreed between the director and the band that, as “In The Cage” had been present on both the previous two Video releases, it could be omitted for the new release, and therefore the cameramen were instructed to change their camera tapes during this part of the concert.

It seemed for a while that it might be possible to include the audio of the “In the Cage” medley as a bonus extra, however that was not possible as no multitrack recordings of that section of the show could be found.

Another frequently raised point about the missing “In The Cage” is that in the Tour documentary section of the DVD, there is some footage of “In The Cage” being performed, along with other tracks which were not performed at the Wembley shows. It is true that this footage does show “In The Cage”. However, the footage in this documentary is either taken from the band’s own camcorders (the tapes from which are now lost or deleted) or from an MTV show which broadcast part of a concert in Toronto, the rights for which belong to MTV. As with the Berkeley show in 1975, only part of this show was recorded and televised, and they almost certainly did not film the whole ‘Cage’ medley.

You can in fact hear that the soundtrack to the “Apocalypse in 9/8” section is dubbed on from “Seconds Out” which therefore proves that the footage is not useable for DVD release.”

Taken from the Genesis General FAQ – The Genesis Forum

However, is this recently uploaded youtube video actually a professionally shot document of the In The Cage Medley from Wembley Stadium?

It does look really good. What do you think?

Richie drums from youtube has a sound theory: “It looks like the Niedersachsenstadion. Hannover, Germany. When it shows Chester playing you can see they are playing to the width of the stadium. Also they are wearing the same clothes as TV footage from the niedersachsenstadion. This has got to be footage from the screens at the concert. Its all close ups of the musicians. Why at the end of afterglow would you chose to show pictures of Phil Collins back instead of the amazing light show!” “Back in 2007, Tony became asked on Hannover interview for existing Pro-shot Stuff from The Invisible Touch Tour. Tony: “We did record the Hannover Show on that Tour, but just with stage cameras, and it was used for some kind of broadcast.””

A Collection of other ‘In The Cage’ Recordings