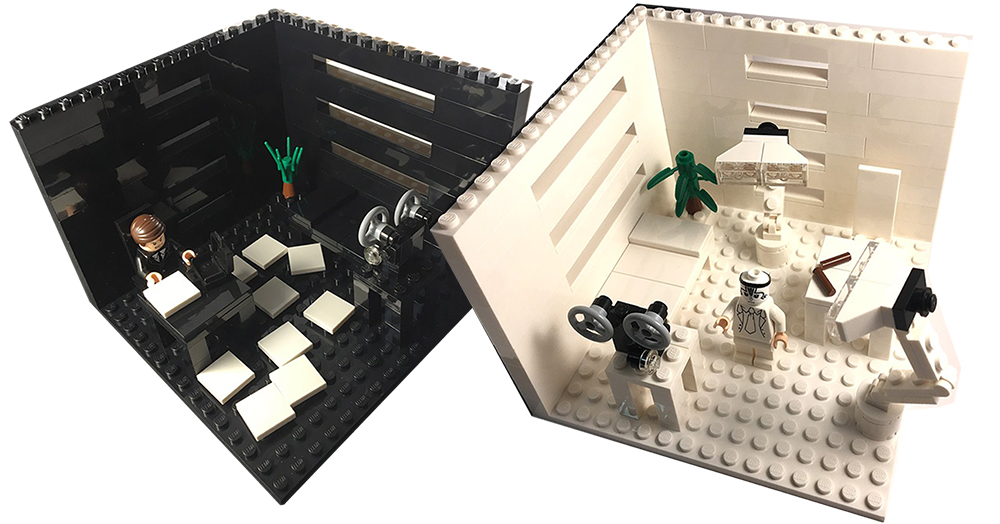 The Classic 1982 Shock the Monkey Video Recreated in Lego

The music video was directed by Brian Grant, who has directed TV episodes of “Doctor Who,” “Hex,” and the film “The Immortals”.

Gabriel is shown in two guises: A modern-day businessman and a spiritual shaman with white tribal markings. By the end of the video, he’s given in to his more primitive self. Grant expands “men, as time has progressed, have sort of lost their primeval instincts. As we become more modern and the more technology takes over, the less instincts we have. That’s what the two men in the video basically represent. The man in the business suit represents modern man. The man in all white is representative of his more primal side trying to tap into his subconscious. The white just felt more tribal, more primeval and we drew our inspiration from some tribes in South America.” Cover me when I run
Cover me through the fire
Something knocked me out ‘ the trees
Now I’m on my knees
Cover me, darling please
Monkey, monkey, monkey
Don’t you know you’re going to shock the monkey

Fox the fox
Rat on the rat
You can ape the ape
I know about that
There is one thing you must be sure of
I can’t take any more
Darling, don’t you monkey with the monkey
Monkey, monkey, monkey
Don’t you know you’re going to shock the monkey
Shock the monkey