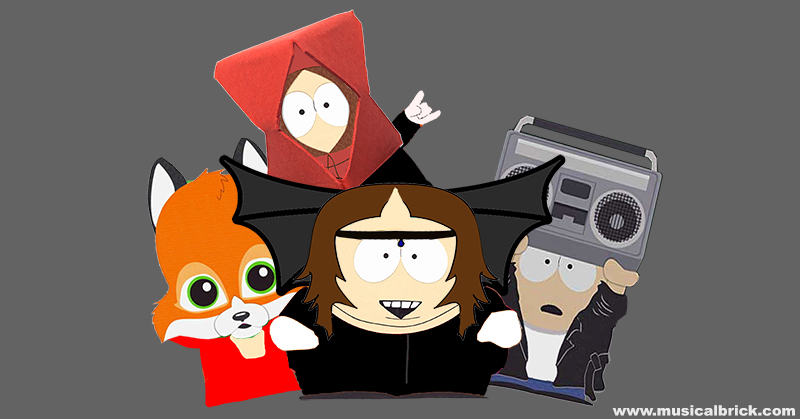 Stan tries to take control of a romantic situation by asking Bebe to talk to Wendy for him. She tells him to do the most romantic thing he can think of, and orders him to hold a boom box over his head and play Peter Gabriel. He chooses the very unromantic song, “Shock the Monkey”. Wendy gives Stan a guilty look from her window, and Token walks up to her. She looks down and walks away while Token shuts the blinds. This is a parody of the boombox scene in the 1989 movie ‘Say Anything’… in which Lloyd Dobler tries to win over his longtime crush Diane Court by holding up a boombox that’s blasting “In Your Eyes” by Peter Gabriel.

Here Stan is definitely dressed as Rael though. Link to clip here

There’s a great scene on South Park where one of the kids serenades a girl with a jukebox, but he plays “Shock the Monkey” instead.
[Huge booming laugh] Yeah, that made me laugh too.

“The Book of Love” is a song by the American indie pop group, The Magnetic Fields. The version of the song that appears in the “Tweek x Craig” episode, is performed by Peter Gabriel.

This song plays as everyone starts believing that Tweek and Craig are in a relationship, while the two lie in their beds confused about the situation. A majority of this song to a slideshow, featuring Yaoi art of them.