Phil Collins Was Nearly The Master in Doctor Who

HomePhil Collins Was Nearly The Master in Doctor Who 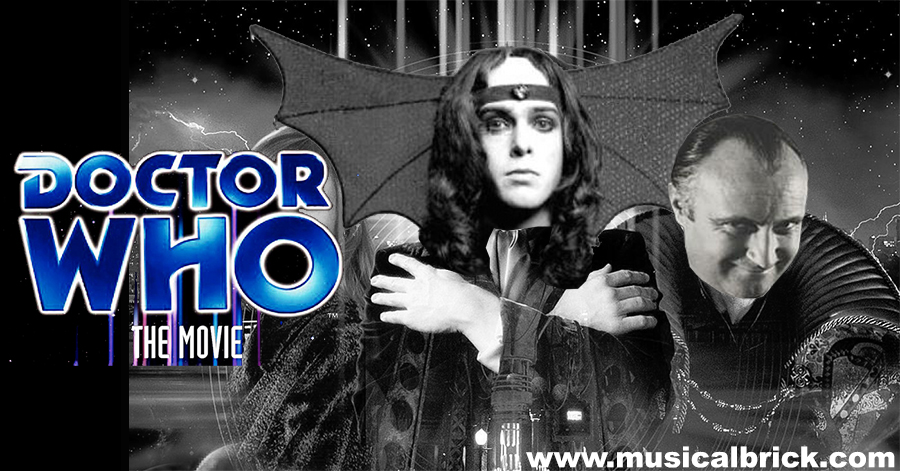 Back in 1996, when the producers of the Doctor Who TV Movie were casting the various roles, numerous names were considered for the part of the Time Lord’s frenemy, The Master. Most incredibly, Phil Collins was in consideration for the part. Sadly, Collins was gigging – so this ruled him out. But what could have been. Source: doctorwho.tv
DoctorWho.TV contacted Phil about his near brush with Who fame and told us: “Never heard about that!” The costumes and musical content of Genesis scream out for a Doctor Who mashup. Here is one such mashup: Duke’s Travels: The Musical Box and Other Stories

“Time Lords!” he suddenly exclaimed, sitting bolt upright in his seat. A long-haired girl sitting next to him gave him a look, and then went back to talking to her companion, a young man with equally lengthy tresses. The Doctor glanced around. “There’s another Time Lord here, I can feel it!” This time, the girl completely ignored him.

“Hey, d’you mind?” the young man sitting next to him asked, sounding irritated. He gestured at the house lights, which were dimming. “Show’s about to start!”

“Listen, you don’t understand,” the Doctor said earnestly. “There shouldn’t be another Time Lord here in this – “

“Shhh!” the girl on his other side scolded, and the lights went down completely.

From behind the curtain an organ began to play, its chords building up to a crescendo of drums and bass. The curtain was whisked opened and an alien stood there, bathed in black light.

“Watcher of the skies, watcher of all!” the alien belted out, and the Doctor stared at the apparition before him, transfixed.

With the long cape around its shoulders and the bat wings attached to the sides of its head, the alien looked remarkably like a Time Lord in full ceremonial regalia. Of course, the lighting was dim and Time Lord ceremonial costume didn’t include day-glo paint around the wearer’s eyes. “His is a world alone, no world is his own!” the alien sang, his eyes glowing eerily under the black light.

Extract from Duke’s Travels: The Musical Box and Other Stories (Part 1).

The above fan fiction was written in response to a challenge on a private Doctor Who mailing list in 2004. The challenge was to have the Doctor meet a band/famous musician, and then have him encounter the band/musician in a different incarnation. Parts 2, 3 and 4 also available. The only official connection that can be found is that of Ben Foster. This Bafta award-winning British composer is best known for his work on the BBC series Torchwood and for the BBC Proms Doctor Who events. He is the conductor for Peter Gabriel’s Scratch my Back world tour and albums.