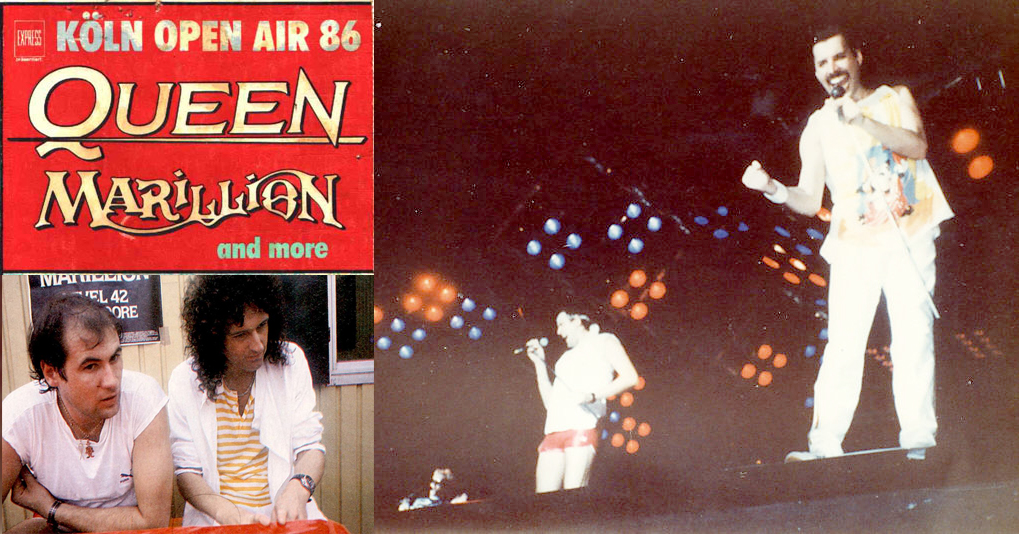 Both Queen and Marillion played this open air festival over 32 years ago. It was broadcast live on the German radio station “SWR 3.” As a result, this would be one of Queen’s most bootlegged shows.

Brian May from Queen joins Marillion for Let’s Twist Again. Only few seconds of concert footage have been seen – an aerial shot, and Freddie kicking a ball into the audience. It’s currently unknown precisely how much footage exists from this show.

The majority of the concert photos were taken by Christian Wißing. Pre-show photo of Brian May with Fish was taken by Reinhard Harms.