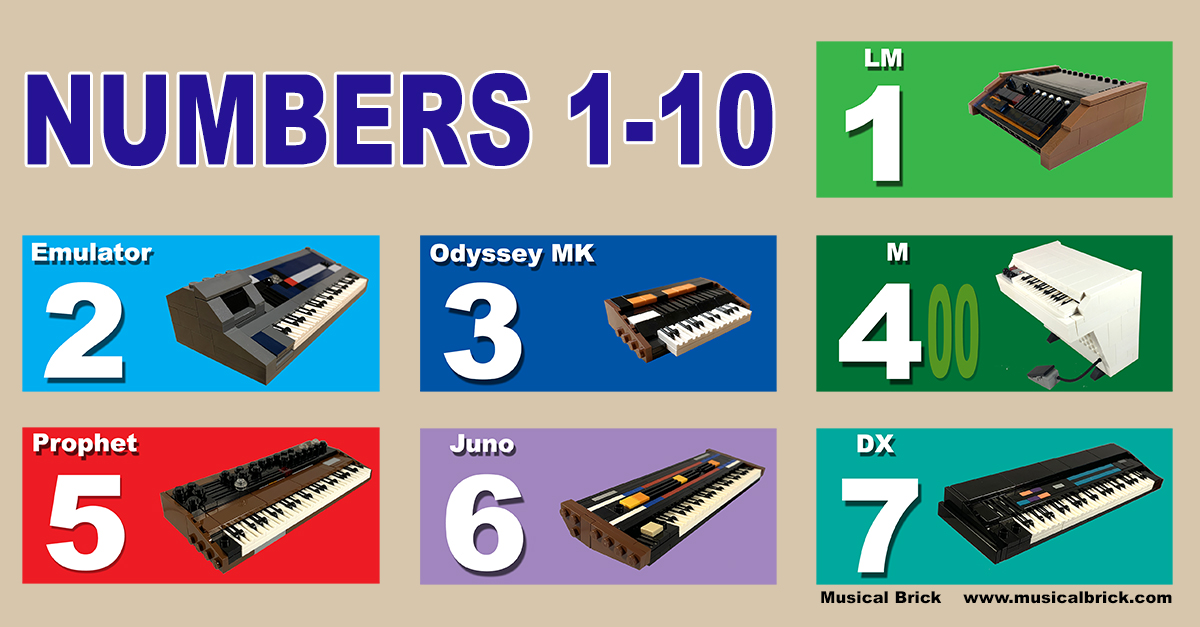 Just for fun, we have listed some classic synthesizers and drum machines in their model number order. This was originally compiled into a children’s numbers chart to mashup the LEGO toy, learning numbers and Synthesizers.

It was interesting to see that most of the famous synths fit into a 1 to 10 sequence. Although we had to apply some ‘artistic licence’ for 4 and 9. A Roland TR909 could have been used for number 9! 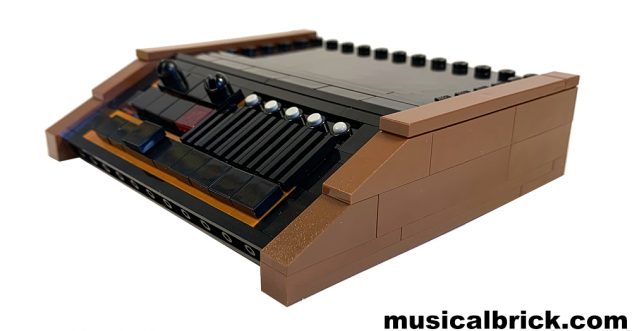 The Linn LM-1 Drum Machine was manufactured by Linn Electronics and released in 1980. It was one of the first programmable drum machines and the first to use samples of real acoustic drums. See more here. 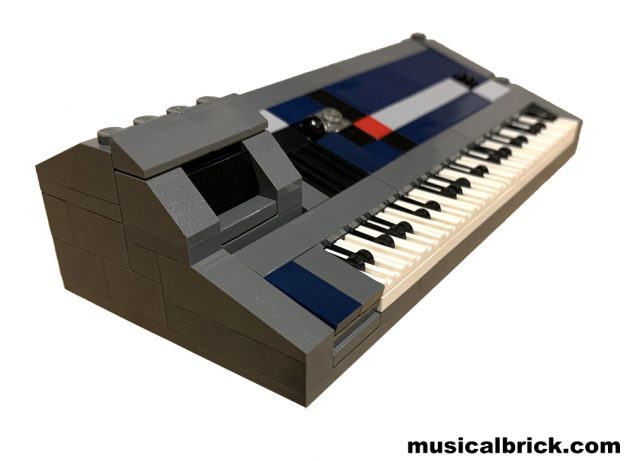 Released commercially in 1984 to huge acclaim, the Emulator II was E-mu’s second sampler. Like the original Emulator, it was an 8-bit sampler, however it had superior fidelity to the Emulator. 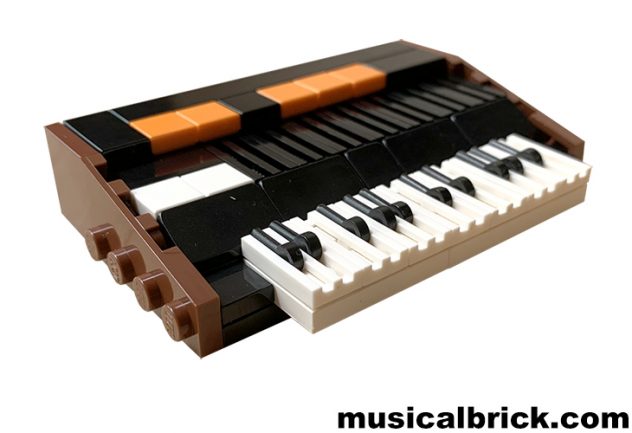 Odyssey Mk III was introduced in 1978, with a redesigned chassis and orange-on-black color scheme consistent with other contemporary ARP instruments. 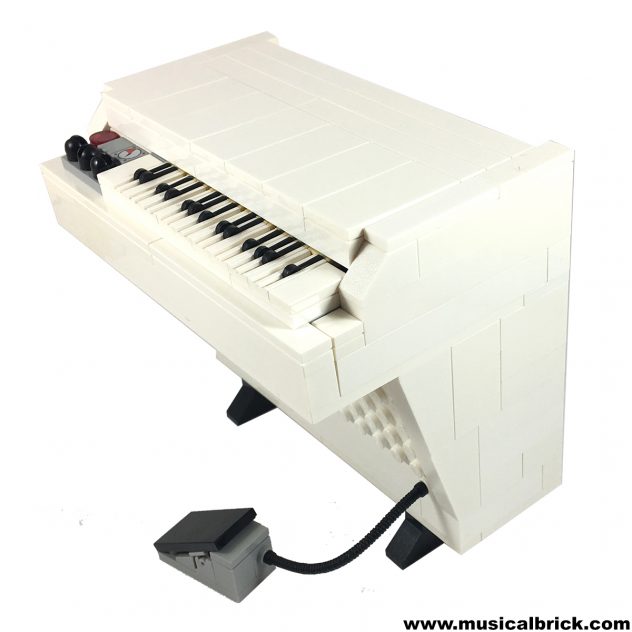 The Mellotron was invented in 1963  It was a keyboard that played back sounds stored on magnetic tape. When a key was pressed it would trigger a tape loop of a single note played by orchestral instrument. See more here. 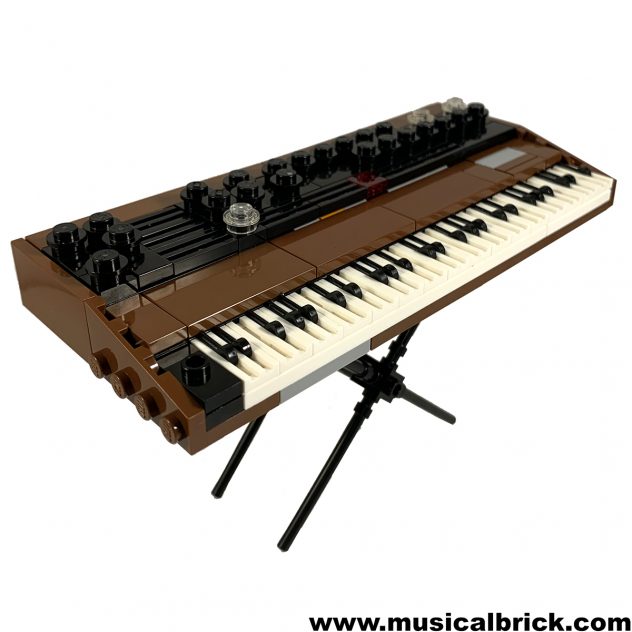 The Prophet-5 is an analog synthesizer. It was the first fully programmable polyphonic synthesizer introduced in 1978. 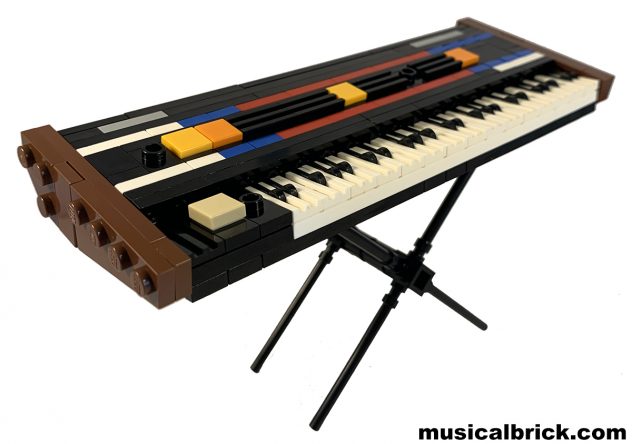 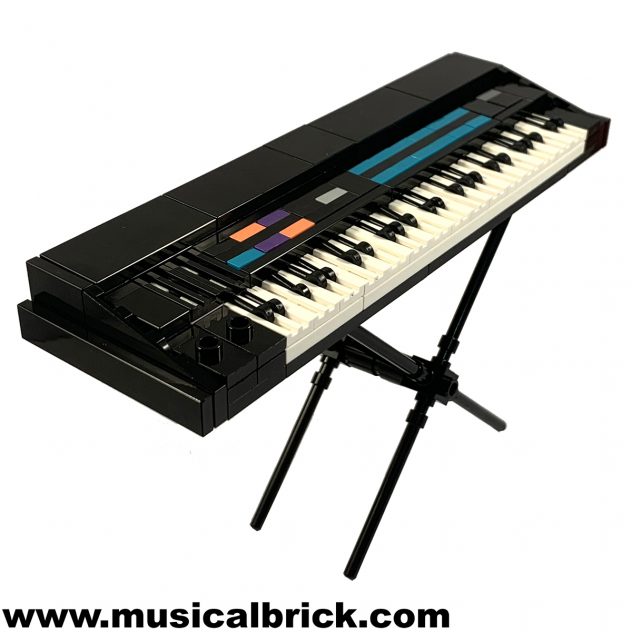 The Yamaha DX7 is a synthesizer manufactured by the Yamaha Corporation from 1983 to 1989. It was the first successful digital synthesizer and is one of the best-selling synthesizers in history. 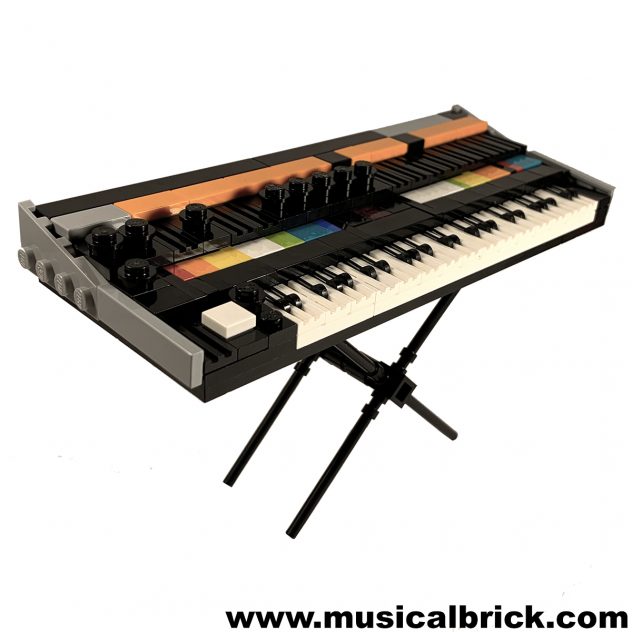 The Jupiter-8, or JP-8, is an eight-voice polyphonic analog subtractive synthesizer introduced by Roland Corporation in early 1981. 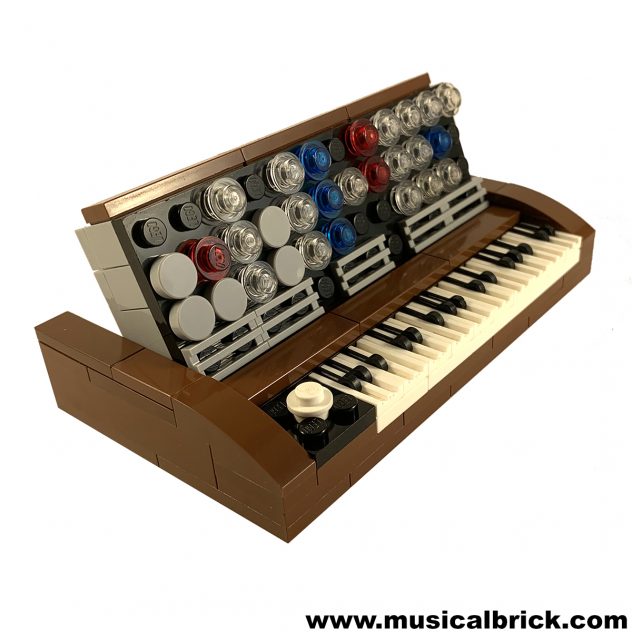 Released in 1971, the Minimoog was the essential Prog keyboard. 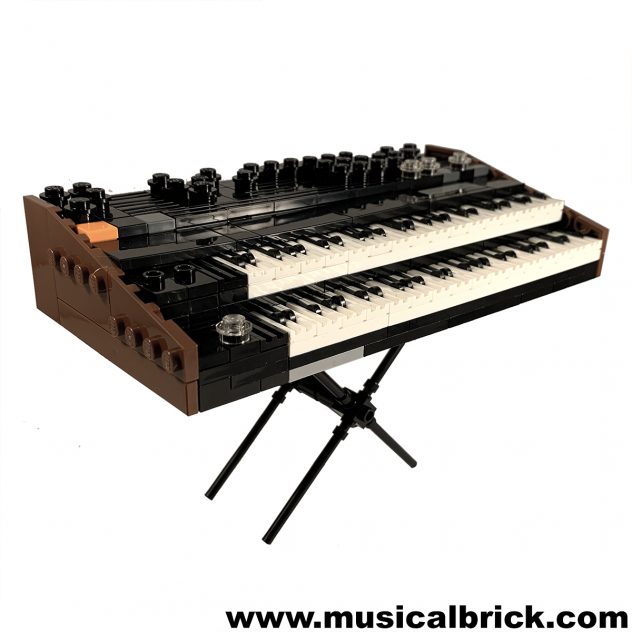 In 1981, Sequential released a 10-voice, double-keyboard version, the Prophet-10. 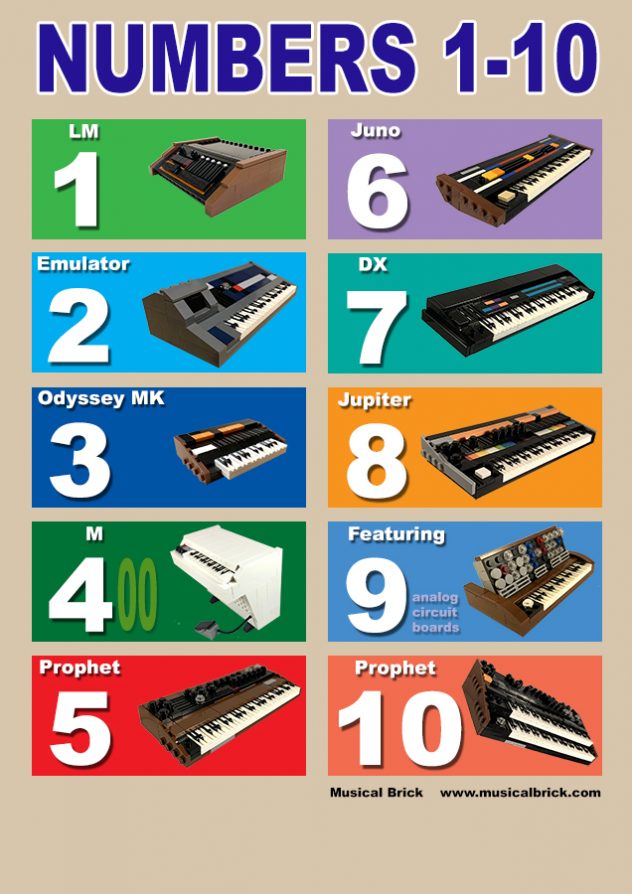 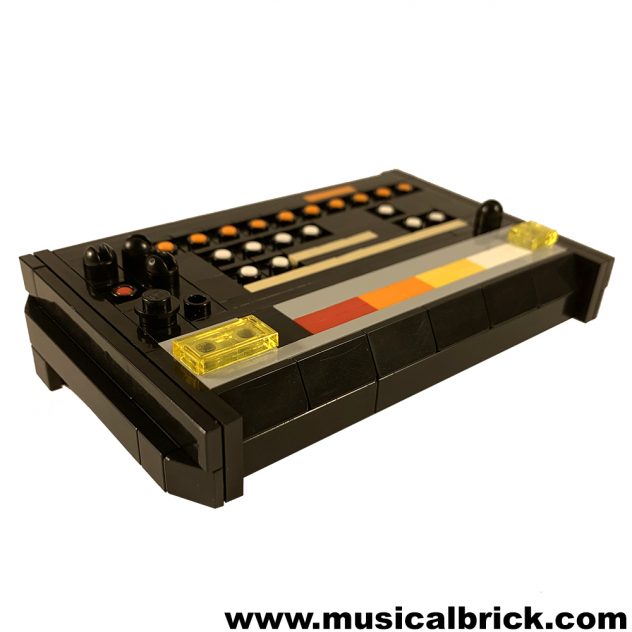 The Roland TR-808 Rhythm Composer, commonly known as the 808, is a drum machine manufactured by the Roland Corporation between 1980 and 1983. It was one of the first drum machines to allow users to program rhythms instead of using preset patterns. 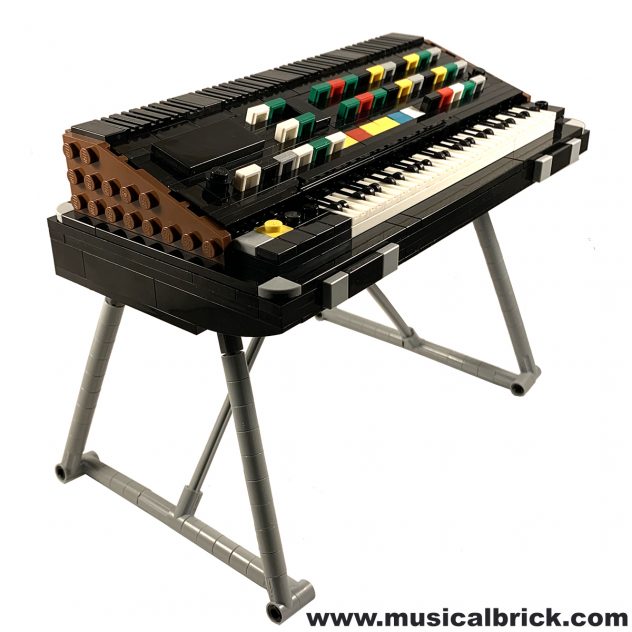 The Yamaha CS-80 is an analog synthesizer released in 1977. See more here.