The Bat Wings – An Important Event in History 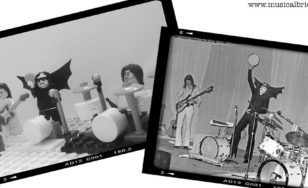 Friday 9 February 1973 the night an audience in London were treated to the introduction of several costumes.

Genesis would headline their first British tour during February 1973 (Foxtrot Tour). It was on the second show that Peter Gabriel would introduce the audience to the bat wings for the very first time during ‘Watcher of the Skies’. This show also premiered the Magog box head piece and flower mask for the epic ‘Supper’s Ready’.

The gig was at the Rainbow Theatre, London.

With the combination of the music and costumes, critics and fans were blown away and couldn’t praise the band enough.

Later, Genesis would play at the Rainbow Theatre again the same year during the Selling England by the Pound Tour: 19 and 20 October 1973.