The Beatles ‘Abbey Road’ in LEGO 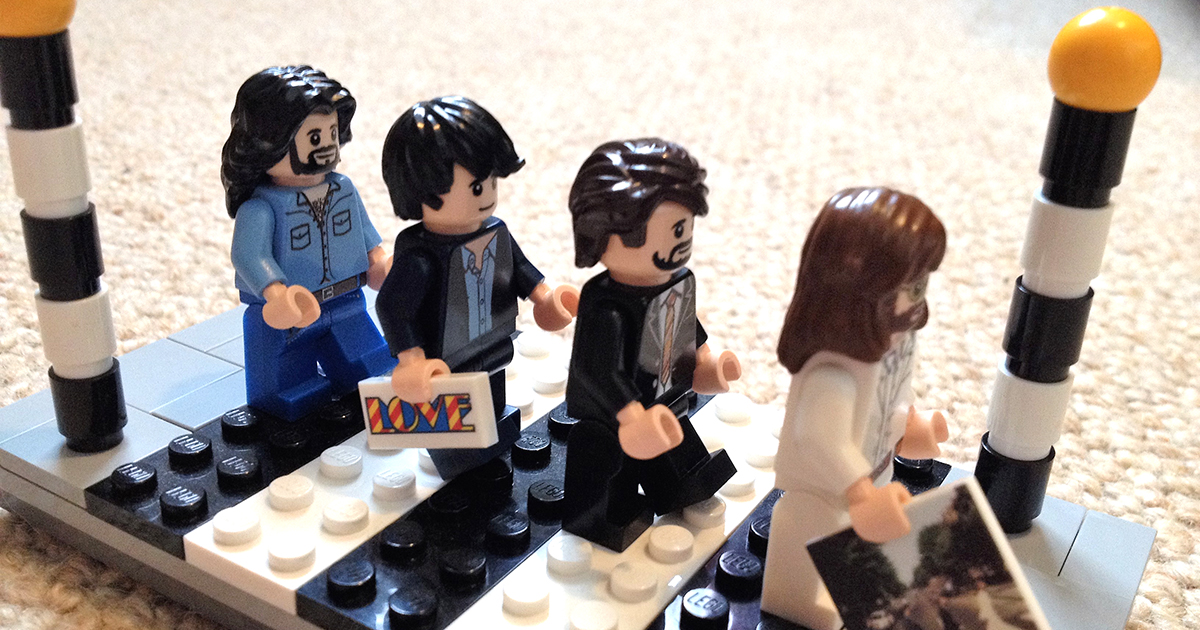 I’ve seen quite a few attempts at recreating the Abbey Road album cover in LEGO, some are better than others and one adventurous guy has even electrified his version of this iconic image so the Belisha Beacons flash! However, the problem with using LEGO as a medium is that no matter how clever you are with the base work, you can only get so close to recreating how The Beatles looked for the 1969 photo shoot with standard off-the-shelf LEGO parts. Therefore, being a long time Beatles fan, I decided to try and put together the pieces that best represented the individual Beatles on Friday 8th August 1969 and with the help of several custom designed and printed LEGO parts, courtesy of Minifigs.me, plus more money than I care to think about, this is what I finally came up with.

John is also holding a mini version of the Abbey Road album, which has been custom printed onto a 2×2 LEGO tile and Paul is holding the LOVE sign from the LEGO Yellow Submarine set. I made two versions of Abbey Road, using two sets of mini-figures. The first shows The Beatles walking across the Zebra Crossing and the second shows them waiting on the pavement, before crossing Abbey Road. I very much enjoyed this project and hope I’ve done The Beatles justice.