The Beatles at ‘The Cavern’ in LEGO

HomeThe Beatles at ‘The Cavern’ in LEGO 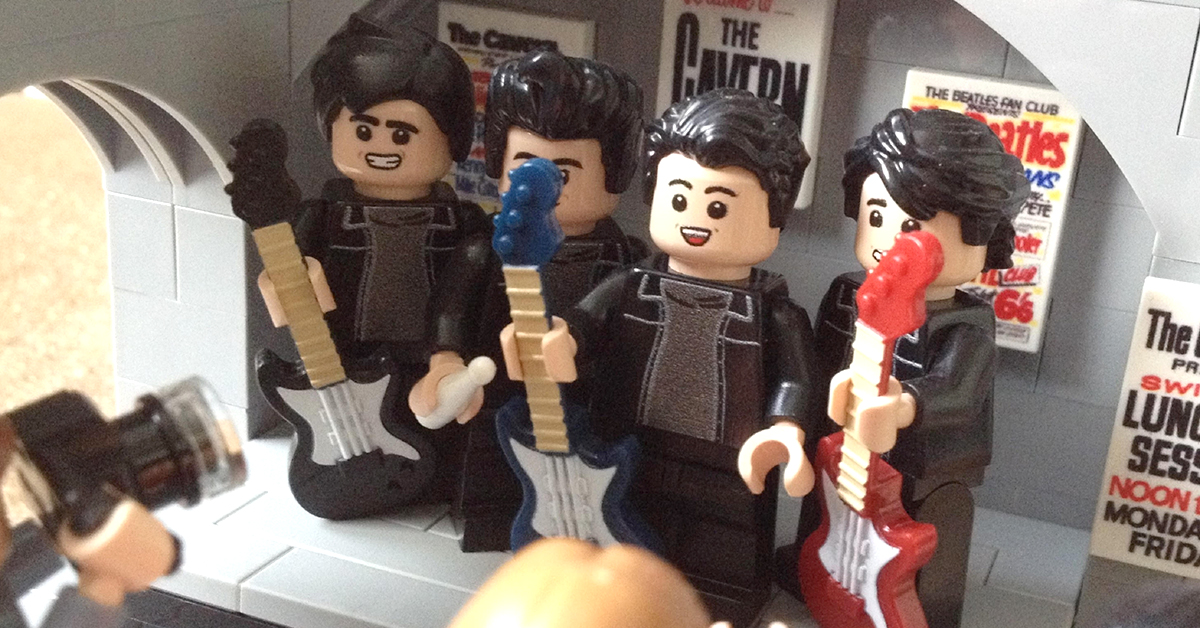 ‘The Cavern’ is set around the time of The Beatles signing their management contract with Brian Epstein and was inspired by several early photographs of the group, playing in the Liverpool club and posing in their leather jackets. I tried to make my build as accurate as possible, but the length of the Lego arches dictated the size of the stage and left no room for performing. 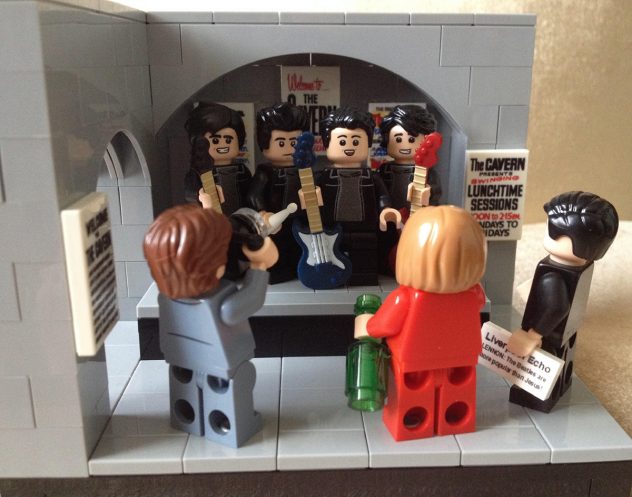 However, finding some detailed pictures of George’s leather jacket enabled Minifigs.me to design The Beatles’ torsos and by adding other characters from those early ‘Prefab Four’ days I gradually assembled pieces for The Cavern photo shoot scene. 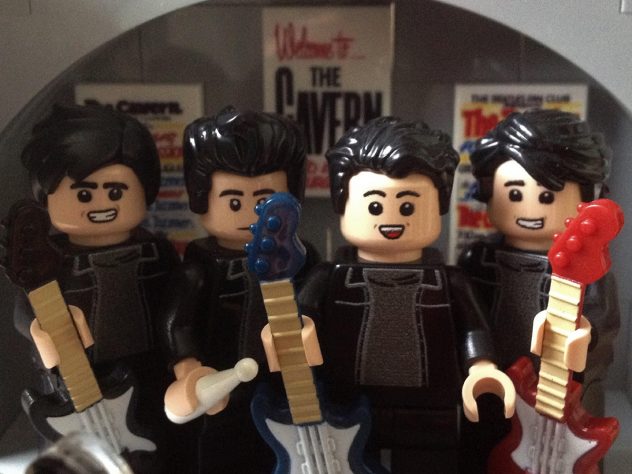 Brian Epstein first met The Beatles on 9th November 1961 after their lunchtime performance at The Cavern. Over the next three weeks he regularly went there to watch them. In a meeting with the group on 3rd December 1961 Brian proposed the idea of managing them. 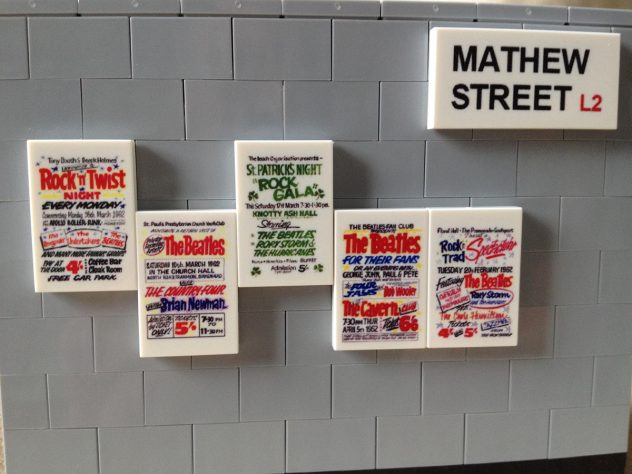 Dick Matthews was a talented amateur photographer who took around 200 photos of The Beatles in their black leather jackets before they shot to fame. Priscilla White (aka Cilla Black) was the part-time cloakroom attendant in The Cavern. 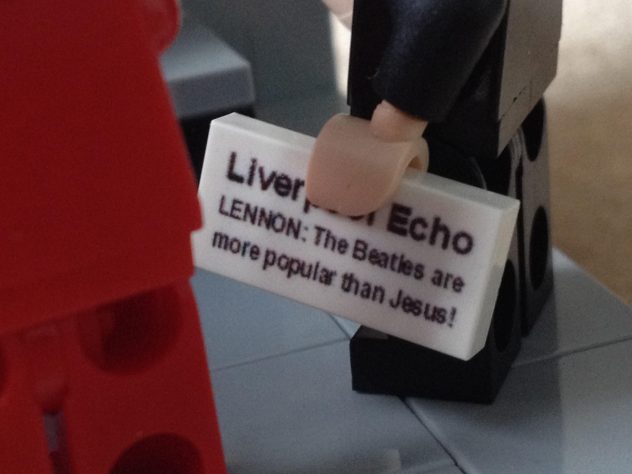 Tony Booth was a commercial artist best known for his original posters for The Beatles and other bands in the Merseybeat era. In the early 1960’s he was known around Liverpool as Brian Epstein’s right-hand man. Minifigs.me printed twenty of Tony’s posters onto 2×3 Lego tiles.

John Lennon, George Harrison and Pete Best arrived late for their first meeting with Brian Epstein as they had been drinking at The Grapes pub in Mathew Street. Paul McCartney also arrived late because he was “taking a bath”. Brian was upset and when George said, “He may be late, but he’ll be very clean”, the atmosphere did not improve. Following further meetings with Brian on 6th and 10th December 1961, The Beatles signed a management contract on 24th January 1962.

No photos of Paul “taking a bath” have survived.

Between their Cavern debut on 9th February 1961 and their final performance on 3rd August 1963 The Beatles made 292 appearances at the Liverpool club. Brian Epstein promised they would be back, but it was not meant to be.

The Beatles had outgrown The Cavern and the world awaited. 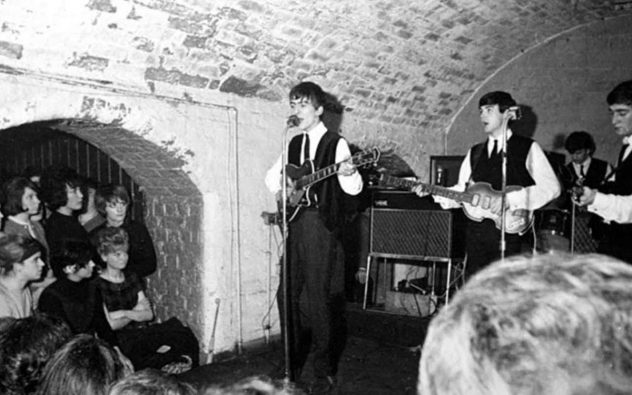 Many thanks to Minifigs.me for The Beatles’ heads, custom designed torsos and posters, Brian’s newspaper, Pete’s drum stick and the Mathew Street sign. Thanks also to Brickforge.com for The Beatles’ guitars. Using standard Lego parts I designed Dick’s camera and The Cavern.

This model was created by Alan Green.