The Beatles ‘Hey Jude’ in LEGO 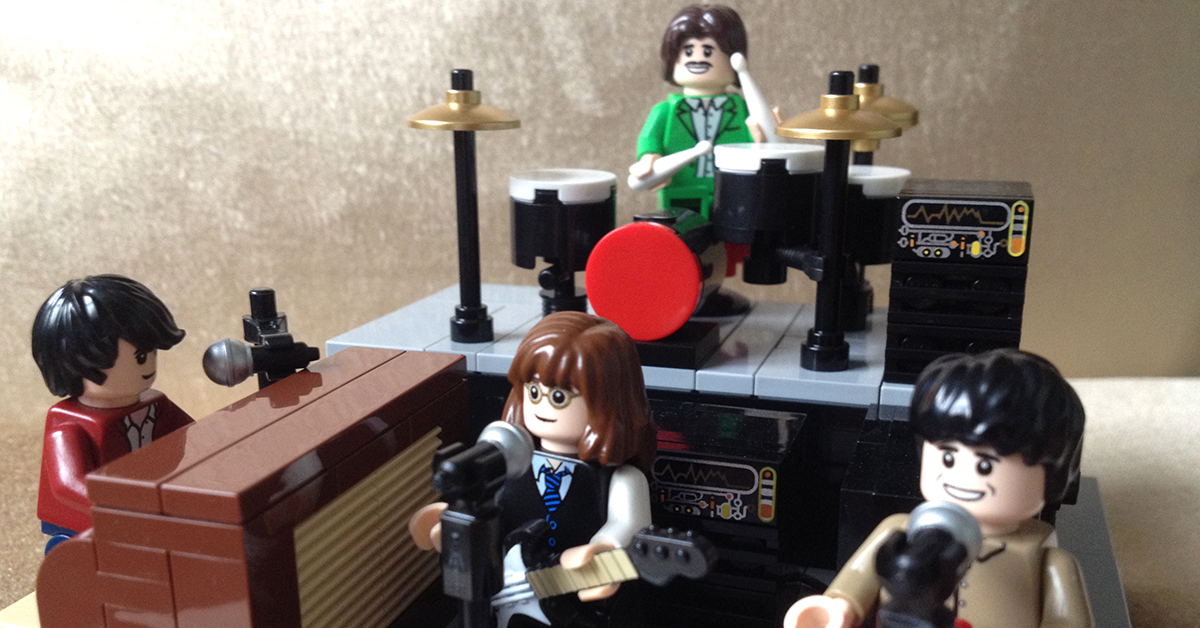 On the evening of Sunday 8th September 1968, The Beatles appeared on the television show ‘Frost On Sunday’ hosted by David Frost. The show included the first ever live performance of Hey Jude and to this day the eight minute TV footage of The Beatles performing Hey Jude, is one of the most iconic pieces of television history ever to be screened. As a fifteen year old Beatles fan, watching ‘Frost On Sunday’ live and in colour, I was so blown away by Hey Jude and The Beatles performance, ending with that memorable mass audience participation, that I wondered if 1968 could possibly get any better. In 2018, as a sixty-five year old Beatles fan and to commemorate the 50th Anniversary of The Beatles first performing Hey Jude, I decided to recreate the iconic scene in LEGO. However, having made that decision my first stumbling block was the piano, as without this vital prop my Hey Jude project was a non-starter. You can’t buy pre-assembled versions of these and designing one, to mirror the full size piano Paul used only in mini-figure scale, was a challenge. After several failed attempts I was sufficiently happy with my creation to include it, without fear of ridicule and I was on my way. The stage, piano, amplifiers and microphones were designed and built by myself, using standard LEGO parts. The Beatles heads and three of their torsos were custom designed and printed, courtesy of Minifigs.me. Guitars were made by Brickforge.com and the piano keys were printed onto 1×2 LEGO tiles by Firestartoys.com. The ‘electric cables’ running from the guitars to the amplifiers are LEGO string with end studs, which is available in several lengths. John was made from standard LEGO parts and although his hair has not been made by LEGO since 2011 there are still some brand new pieces out there.