The Beatles ‘Lennon & McCartney’ in LEGO 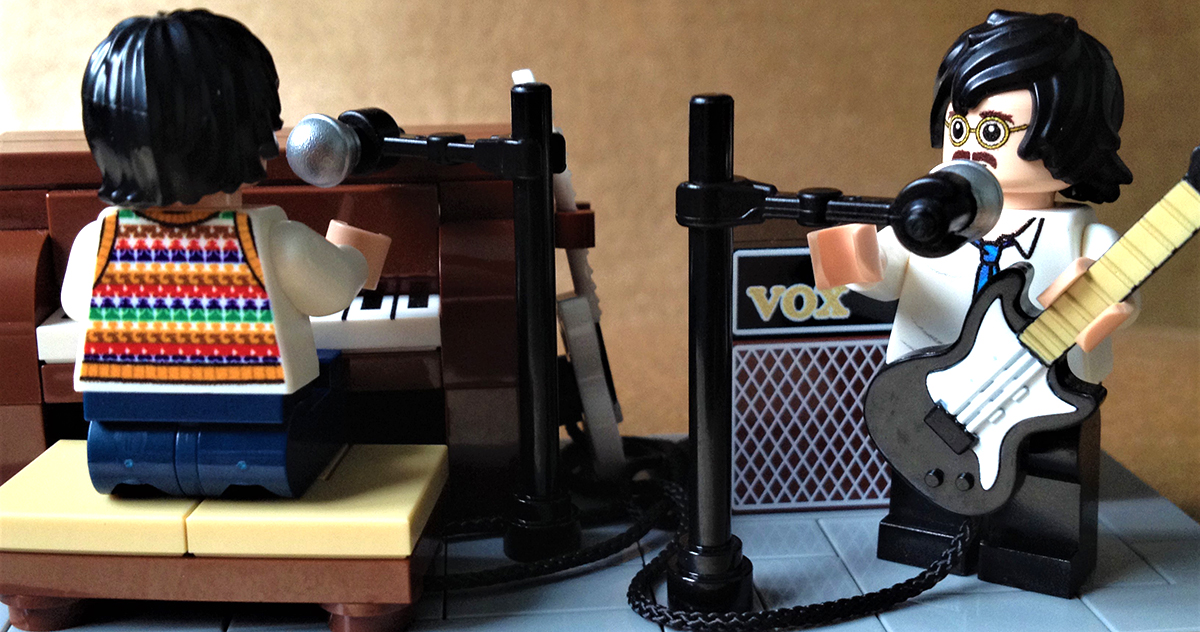 The EMI Recording Studios in Abbey Road, London is where The Beatles worked with producer George Martin and where the majority of their songs were recorded. ‘Studio Two’ is my tribute to the talents of Lennon and McCartney. During the fifty-week period from 24th November 1966 to 7th November 1967 The Beatles wrote and recorded a total of twenty-seven songs. George Harrison wrote four, ‘Flying’ is credited to all four Beatles and the remaining twenty-two were written by John Lennon and Paul McCartney. By 8th December 1967 twenty-four of the twenty-seven songs had been released by Parlophone Records. These were three singles, the ‘Sgt. Pepper’s Lonely Hearts Club Band’ LP and the ‘Magical Mystery Tour’ double EP package. The remaining three songs, plus ‘Hey Bulldog’ which was recorded on 11th February 1968, all featured in the animated musical fantasy film ‘Yellow Submarine’. The film was premiered in London on 17th July 1968 and the soundtrack LP was released by Apple Records on 17th January 1969. ‘Studio Two’ is set around the time of Sgt. Pepper’s launch party, which was hosted by Brian Epstein, The Beatles manager, in his London home on 19th May 1967. Many thanks to Brickforge.com who made the guitars, Firestartoys.com for supplying the piano keys and Minifigs.me for their custom designed heads, torsos and amplifier tiles. Everything else was lovingly assembled from standard Lego parts.

​These models were created by Alan Green.