The Return of The Giant Hogweed

HomeThe Return of The Giant Hogweed 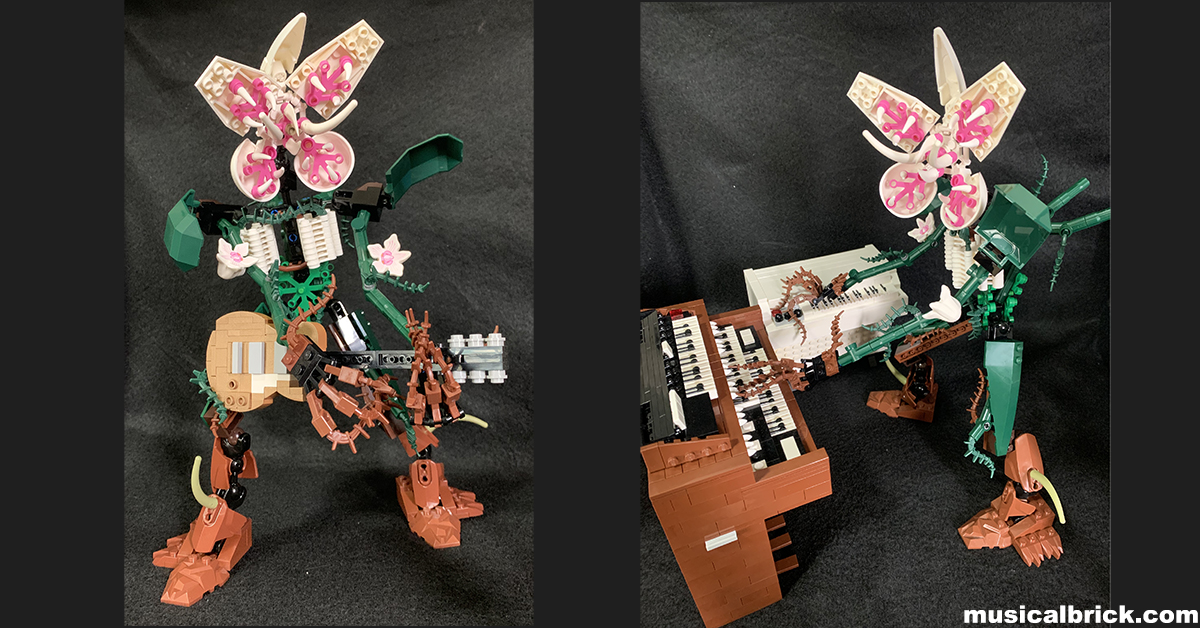 The song tells us about the giant hogweed (Heracleum mantegazzianium), originally from Southern Russia and Georgia,
being introduced to Britain in the early nineteenth century by a Victorian explorer. However, Peter Gabriel uses poetic licence as it was introduced before the reign of Queen Victoria. 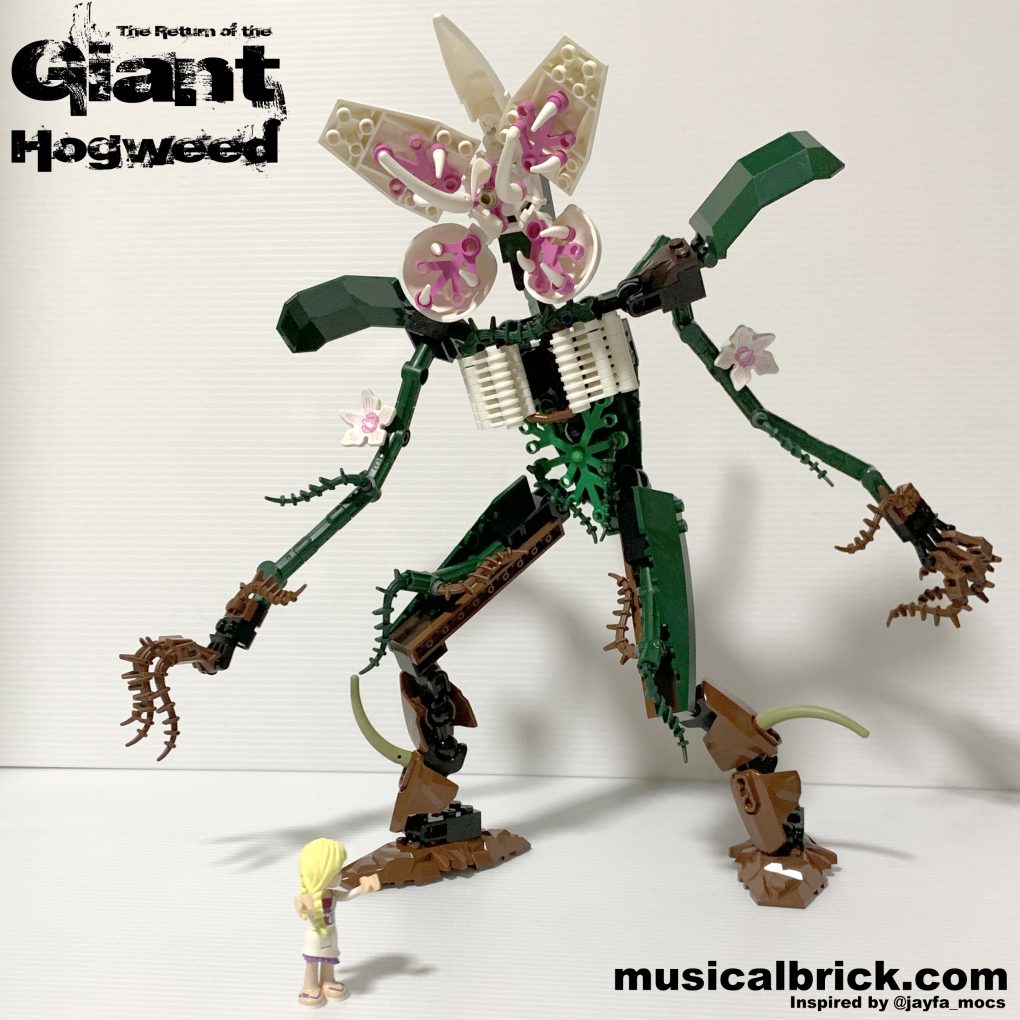 The so-called Toxic Giant Hogweed, which can cause massive blisters and ulcers if it comes into contact with the skin or blindness if it comes into contact with the eyes. The song went on to say they were now also thriving in urban areas and cities away from water, which “until recently” were “unaffected by its spread.” The song also warned of the difficulty ridding the country of the invasive weed which can grow a triffid-sized five metres tall, and our inability to develop a defence to its spread.

The Giant Hogweed figure is inspired by the amazing @jayfa_mocs

Finger Tapping is a two-handed technique in which one uses the fingers of the right hand to fret notes on the neck of the guitar, which allows you to phrase passages very rapidly without the limitations of a pick. Basically a way of playing many notes very quickly. Metal guitar players love it! Steve Hackett freely admits that Van Halen popularised, named, and further expanded finger tapping. However, Hackett states:

“I’m the inventor of tapping on record,” he says. “We haven’t found anyone who tapped earlier than me, unless somebody did it in the 1930s, but I doubt it.”

“Eddie and I have never spoken about it, but yes, he has credited me with tapping. When you see old films of Genesis from 1971 on, you can see me using the technique. It’s there on many recordings, as well.”

Transatlantic & Steve Hackett – The Return of the Giant Hogweed
High Voltage Festival in London on July 24, 2010

Genesis – The Return Of The Giant Hogweed Lyrics

Turn and run!
Nothing can stop them,
Around every river and canal their power is growing.
Stamp them out!
We must destroy them,
They infiltrate each city with their thick dark warning odour.
They are invincible,
They seem immune to all our herbicidal battering.
Long ago in the Russian hills,
A Victorian explorer found the regal Hogweed by a marsh,
He captured it and brought it home.
Botanical creature stirs, seeking revenge.
Royal beast did not forget.
He came home to London,
And made a present of the Hogweed to the Royal Gardens at Kew.
Waste no time!
They are approaching.
Hurry now, we must protect ourselves and find some shelter
Strike by night!
They are defenceless.
They all need the sun to photosensitize their venom.
Still they’re invincible,
Still they’re immune to all our herbicidal battering.
Fashionable country gentlemen had some cultivated wild gardens,
In which they innocently planted the Giant Hogweed throughout the land.
Botanical creature stirs, seeking revenge.
Royal beast did not forget.
Soon they escaped, spreading their seed,
Preparing for an onslaught, threatening the human race.
Mighty Hogweed is avenged.
Human bodies soon will know our anger.
Kill them with your Hogweed hairs
HERACLEUM MANTEGAZZIANI