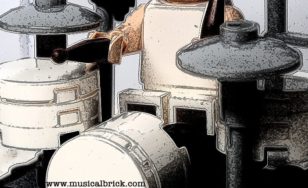 This is truly a fascinating video about something you have heard everywhere!

“This brilliant 20-minute video narrates the history of the “Amen Break,” a six-second drum sample from the b-side of a chart-topping single from 1969. This sample was used extensively in early hiphop and sample-based music, and became the basis for drum-and-bass and jungle music — a six-second clip that spawned several entire subcultures. Nate Harrison’s 2004 video is a meditation on the ownership of culture, the nature of art and creativity, and the history of a remarkable music clip.”

Here is the original full version of The Winston’s ‘Amen Brother’. The famous moment occurs at 1:26.