Who Else Loves Genesis and Queen?

HomeWho Else Loves Genesis and Queen? 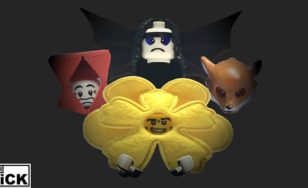 Two of the most spectacular visual artists of the 70’s era are definitely Genesis and Queen. They both used the progressive genre as a stepping stone to a new type of theatrical rock characterised by lyrical whimsy, weird costumes, and outrageous stage gestures.

Open your eyes,
it’s full of surprise, everyone lies,
like the fox on the rocks,
and the musical box.
Oh, there’s Mum & Dad, and good and bad,
and everyone’s happy to be here.

Open your eyes,
Look up to the skies and see,
I’m just a poor boy, I need no sympathy,
Because I’m easy come, easy go,
Little high, little low,
Any way the wind blows doesn’t really matter to me, to me.

We Will Rock You Mama

Back in 1970 Roger Taylor, subsequently drummer for Queen, turned down an invitation to audition for Genesis. However he has since been seen playing with the group and even wrote the sleeve notes for the reissue of Foxtrot.