Why Genesis Called it ABACAB not ACCAABBAAC 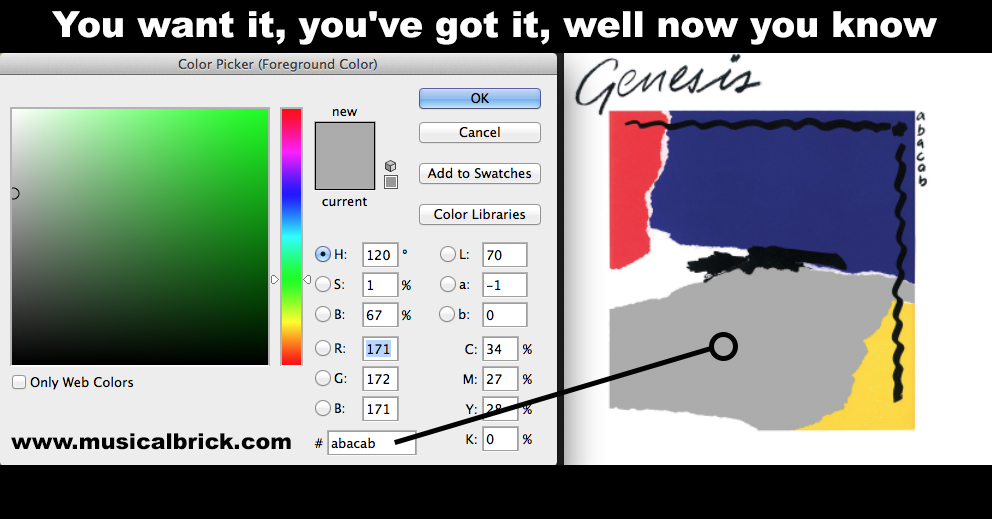 Why is it called ABACAB?

Phil Collins revealed in a 2007 interview that they simply called the verse A, chorus B, and bridge C. So the song was originally structured as A-B-A-C-A-B. “Abacab”. However the song evolved into something very different from the original, simpler structure. “The way we did it in the end was unpronounceable, but the name stuck,” Collins explained.  “ABACAB” was just a way for them to remember how it was formed when they started working on it. When it came time to title the song and the album, they wanted something a bit abstract, and “Abacab” worked because it had no meaning. The album art was created to look like an abstract painting to go with this theme, which indicated that this would not be typical of Genesis’ previous work.

Most pop songs fit into this structure: A B A B C B B.

Or maybe it’s just the hexcode color of the grey from the cover! Thanks to Madison Swirtz for pointing this out 🙂